Today I took a little time to bang out a tattoo design a friend had asked me for recently. He simple said he wanted a dinosaur. I suggested cartoonish style and tiny arms. He responded with an enthusiastic, "Sure!" So I started with a simple rough sketch in Photoshop to get the shapes fleshed out. The first pass was light grey for super simple shape, followed by black to get the basic idea of the features and character down. 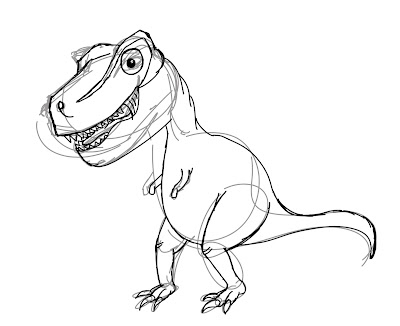 For my next step I pulled this sketch over to Flash and imported to stage as a jpeg. From here I cleaned up the lines and did a basic fill on two separate layers. 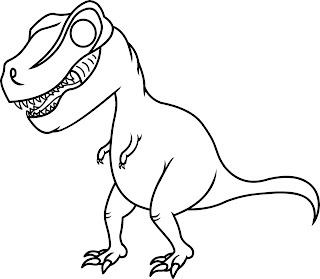 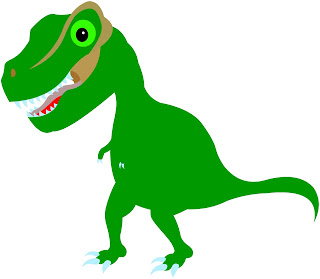 Once I had that saved out I pulled them back into Photoshop as .png files and added some texture and additional color with some of the cool brushes I have in my PS pallet. Some are just simple stock and some I've made or downloaded from other artists. After a few minutes of playing around with it, I had this fun little guy! 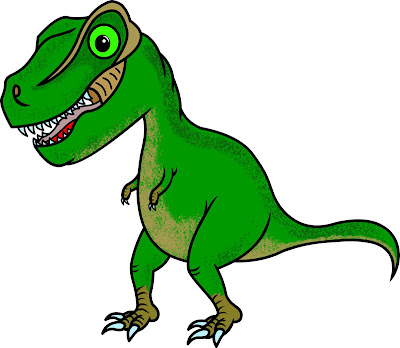 Posted by truncheonm at 9:09 AM No comments: