A spooky old tree, some grass, a pumpkin patch, and some head stones near a spiky fence make up my October Night pumpkin scape (seen above).  And these guys were carved by my lovely assistant after I took a Sharpee to them (seen below.)

2009 PUMPKINS
{photos were lost in an unspeakable accident we shall not speak of...} 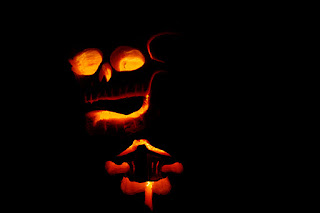 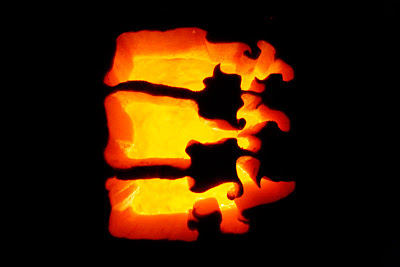 vertebrae
Posted by truncheonm at 6:00 PM No comments: 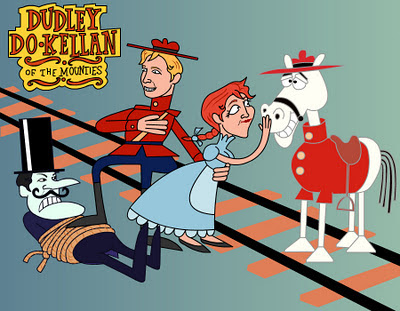 Kellan is one of those artists that makes me just wanna quit. He has this very awesome "Rocky & Bullwinkle" & "Dudley Do-Right" type style I really enjoy. With this in mind I choose to recreate this Dudley Do-Right scene using Kellan as the three human characters. 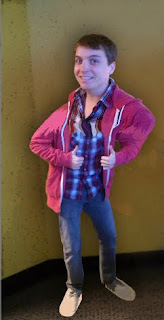 And another just for fun

Posted by truncheonm at 6:00 PM No comments: 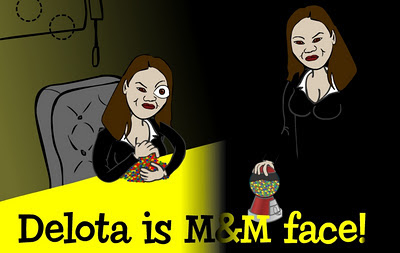 Stephanie Delota stars in this rendition of the epic Oliver Stone film "Scarface". Delota makes her way up the PHA ranks to assume control of all the M&M's in the office. Coming soon to a youtube channel near you!

See the rest of the PHA art here.
Posted by truncheonm at 10:10 PM No comments: